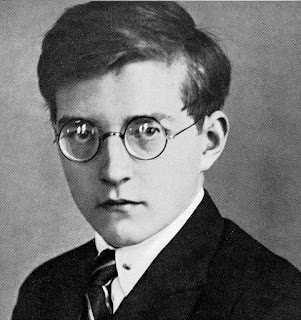 So, I mentioned that I might intersperse thoughts on T1 diabetes with musical ramblings, so here goes.

I love music - I don't follow a specific band or genre, as long as the tune is good, then I'll enjoy listening to it; from Byrd to The Prodigy, Shostakovitch to Take That and all things in between!

Clearly my passion is classical music, having been heavily involved with making and listening to music from the early days when my late Grandparents took me to listen to the Bournemouth Symphony Orchestra perform at the Colston Hall in Bristol, age 5.  I remember Stravinsky's Rite of Spring being a huge hit with me at that age!

I had an excellent musical education but achieved modestly, however there was one pinnacle to my instrumental musical career, when I was selected to play in the IAPS Orchestra.  This orchestra was for the best musicians across all independent prep schools.  I have still no idea how I was selected, but from the back row of the cellos, I had a great experience, alongside many people who would go on to be professional and famous musicians.

The concert featured a number of works which were performed at the Snape Maltings in Suffolk, the great concert hall built by Benjamin Britten et al.  The highlight was my first introduction to the Shostakovitch Symphony No. 5.  I urge you to listen to this work in its entirety if you've time, but if not, just try the final movement.  Then imagine playing this in a full orchestra of under 12's.  Quite a feat!  Myself and the family were lucky enough to hear the CBSO play this wonderful piece live in Birmingham in March, alongside Stephen Hough's wonderful performance of Rhapsody on a Theme of Paganini and a surprisingly wonderful piece of Bartók - The Miraculous Mandarin.  The Shostakovich in particular enthralled my son and often asks to listen to it.  Alongside piano concertos by Grieg (in A) and Rachmaninov (No. 2), it must be my favourite piece of any genre of music.  I had the final movement playing loud this morning over breakfast and cannot describe how much it energised the day and gave me a much needed spring in my step.

It is important to understand a little of the background to this symphony - it was composed in a communist era when such forms of art were seen as unnecessary or even deviant.  Shostakovitch was not well-liked by the establishment, but in order to appease them, he composed this symphony to be in a sympathetic style, hence it sounding quite martial at times and lacking the dissonances in so many of his compositions.  It seemed to do the trick and Shostakovitch return to favour with the Party.  The symphony was first performed a year before World War 2 - a time of high patriotism and need for culture to resonate with the feelings of the people (as well as keeping the establishment happy) - it succeeded on both counts.  Controversy and being at loggerheads with the Communist establishment continued almost until his death in 1975, however the power of his fifth symphony is a testament to the supreme talent that he possessed.

Give it a go - it's on Spotify - I hope you won't be disappointed.