Funding for Libre continues to ebb and flow with some great advances, some significant let-downs and plenty of fence sitting.  I have taken a special interest in three areas.  Birmingham/Solihull CCG (because it's where I live and is the largest CCG), Bristol, North Somerset, South Gloucestershire CCG (because it's the second biggest, people from our Facebook group have set up a separate pressure group and because their decision is similarly flawed to the Birmingham decision), and South Warwickshire (as their decision to fund with a ridiculous criteria, whose only logic is to stop anybody actually meeting the criteria set!). 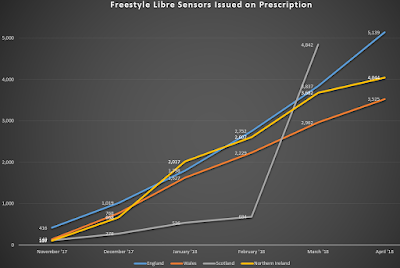 The situation is Scotland is being driven by the Edinburgh Centre for Endocrinology & Diabetes led by Dr Fraser Gibb.  They are being innovative both how they are initiating patients and also how they manage the use of Libre.  Up to 200 patients are being initiated at one time.  They have an excellent.online portal with training resources and ability to book starter sessions.  In addition, they have written a quiz that anyone can complete, which gives the basics required to get the most out of the system Libre Quiz.  The Scottish data is much slower than other areas, but I expect the April data to show a staggering rise in prescribing - it's just a shame that only two Scottish CCGs are currently on-board.

Just a quick word for those that are struggling to get their CCG to fund.  Don't be down-hearted, but resolve to challenge the decision in a logical and calm way.  Find how the decisions was made and who was behind the decision.  Sometimes it's because the case presented to the committee(s) wasn't clear enough and sometimes it's because the committee doesn't want to take any risks (not that Libre is a risk, as most that use it will attest).  The most shocking case I have seen is South Warwickshire CCG whose headline is that the Libre is funded South Warwickshire Criteria.  However, looking at the criteria - it is the RMOC guidelines, but you have to meet two criteria, not one...so two from this (in summary).
And a paediatric-specific additional criteria.

This criteria makes me so angry!  Anyone with T1 or a clinician in the area would know that testing 8+ times and one of the other three is extremely unlikely.  This criteria is clearly in place to exclude all patients and is therefore wrong and should be challenged strongly.  If time, I'll look into it further.

Miaomiao - Turning Libre into a CGM!

On the Facebook groups, we have had plenty of rumblings about add-ons to turn Libre into a CGM - it started with home-made solutions via a particular smartwatch, which were far too difficult for me to consider attempting.  Latterly, there was Ambrosia Bluecon, which unfortunately was a no-go for me due to the dodgy marketing activities of the company.

Eventually, a month or so ago, a new product emerged from China called Miaomiao. - Miaomiao Website. 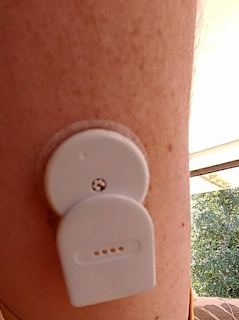 My Libre and Miaomio in situ
It costs about £150 and ships directly from High Brilliant Technology in about two weeks.  In essence, the technology within it is really simple - it converts an NFC signal into a Bluetooth signal and transmits a value to your phone every five minutes.  There are a number of solutions of what to do next, but my chosen route is to use Nightscout xdrip+ (xdrip+ Download).  You download the app by clicking the link on your phone.  It then installs the app - you need to accept third party apps in the settings.  Once this is installed and connected to the Miaomiao then you have configurable alerts and live data constantly.  You can even add a widget to your home-screen. 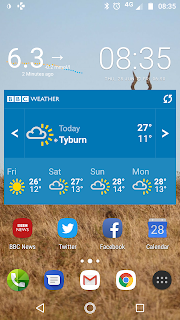 To get even more functionality, you can set up your own server at ns.10be.de which means you can view your levels on a computer - I set this up with minimal assistance and doesn't require specialist knowledge.  Now, when I open my web browser, a tab opens and shows my live levels.  Additionally, I have added a widget to this blog (see top right on PC) which shows my live levels!  That's a great motivator.

I'm already getting some great results as shown by my day two statistics below. 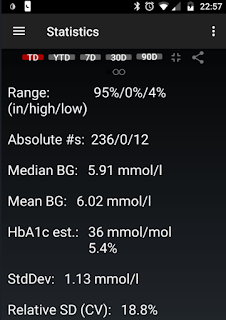 Not all days will be good as this - but I am very hopeful that my next A1C will get below the magic (to me!) 7% level.  I'll be happy and I'm sure my doctor will be too!

Please let me know if you have any questions about any of this.

More when the Scottish April data is out!

Nailsea Diabetes said…
Hi Nick - What made you choose Nightscout xdrip rather than Spike. I am doing a bit of research before spending the money on MM. Thanks
2 July 2018 at 17:31

Nick said…
I'm really sorry...I didn't see this comment until today...Spike is for IOS, xdrip is for Android. I don't think there is much difference between them.
29 August 2018 at 14:19