July 24, 2018
The heat is unbearable in some parts, not only in the environment, but also hopefully the heat directed at the decision-makers in 'non-compliant' CCGs who are either refusing to accept that Libre is a revolutionary tool for many T1s or have agreed to fund, but then set crippling criteria.

Progress in prescribing continues, with stabilisation in Scotland and a continuation of the steady rise in the other three countries of the UK.  The Wales May data should be out this week. 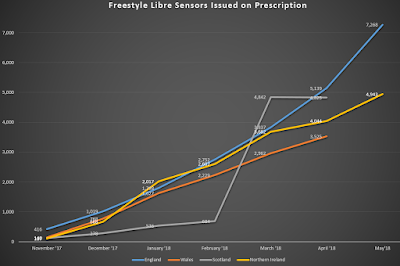 As mentioned last month, the situation in Scotland is particularly promising and the excellent Edinburgh Centre for Endocrinology and the Scottish Health Technologies Group have published documents that should significantly help the Libre case.  These documents are based on the first six months of prescribing Libre.
Healthcare Improvement Scotland Statement

Flash Glucose Monitoring is associated with improved glycaemic control and quality of life in people with type 1 diabetes: a large 'real-world' assessment

Both of these links are worth following, and one includes this important statement:

What more evidence do CCGs need?!

On a personal level, the use of Miaomiao (as mentioned in the June update) has revolutionised my control, with my HbA1C predicted to be around 6.2% (44 mmol/mol).  My two Miaomiaos are pictured below (one is mine...and one I'm borrowing!): 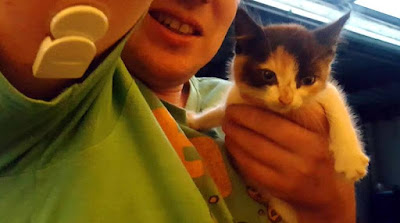 More than half of the CCGs in England have now agreed to fund Libre.  However, that only tells part of the story.  The CCGs in England vary hugely.  I've put together a summary of the number of people registered to a GP in each of the 195 CCGs:

So there is a range from Birmingham/Solihull CCG with 1.3 million registered patients right down to Corby CCG with just under 79k.  Surely this isn't the most efficient way to organise the NHS?

So, I'm involved with fighting the Libre postcode lottery in three areas.  My area, BSol CCG, the Bristol, North Somerset, South Gloucestershire CCG - BNSSG CCG - the second biggest CCG in England, and South Warwickshire (part of the Arden group of CCGs).  I've also taken some interest in the East of England, but don't have the time or resources to put much effort in there - it does seem to be a particularly tricky area though...perhaps more when the first three are 'over the line'.

I have now set up a Facebook group for the BSol Libre campaigners: BSol Facebook Group and there is an existing one for the BNSSG Libre Campaign.  I firmly believe that co-ordination between all stakeholders will help to reverse the (incorrect) negative decisions that have been made.  In Birmingham, there is progress on two fronts - the paediatric case is being formulated and should be submitted in the next month or so.  Previously the case was a combined patient submission and did not separate out the paediatric case - I think the paediatric case is much stronger than the adult case and all T1 children in our area deserve to have access to this technology.  Luckily, we have an active parent group at the Birmingham Children's Hospital, so the chances of getting approval for this group is high.  The adult case continues slowly and was discussed at the June area prescribing committee (APC) meeting.  The door is open to review, but as one of the committee members said to me:


We are in somewhat uncharted territory here.

I think that's right...but can't be a reason for inaction or tardiness in reviewing the current status.  If you want to keep up to date with the Birmingham situation, then join the Facebook group.

South Warwickshire is an area that has the headline that Libre is prescribed, but they have also specified 8+ tests and another of the RMOC criteria.  Realistically, almost nobody will meet this criteria.  There are two possibilities for why the criteria might have been set in that way


I am working behind the scenes to get the decision reversed and the CCG are "getting back to me", with a deadline of today - be interesting to hear what they have to say.

There have been other developments in the Libre world.  Last week was the meeting of the APPG Diabetes group in parliament where the first six months of Libre prescribing was discussed.  There was representation from patients, MPs and clinicians.  It is clear that the postcode lottery is unacceptable and it is hoped that this group can exert the necessary pressure throughout all of the CCGs that are going against the UK-wide consensus.  There was specific representation at that meeting from BNSSG so will be high in the awareness of the decision-makers in London.  Excellent summary here A DSN perspective


Abbott also hosted a patient event last weekend, where certain bloggers were selected to attend discussions on future Libre developments and had the chance to view the Libre manufacturing process - I'd have given my eye-teeth!  I'm just an amateur - FB group and local work seems not to make me an opinion-former - it maintains my independence though, as the only reward I have had from Abbott is a few cups of coffee!! Don't get me wrong...my reward is helping people and reducing unfairness in prescribing policy....getting one CCG to change their mind will be a momentous event; more rewarding than any freebie!

Anyway, there were some blogs written arising from the meeting including (there must be more considering how many bloggers were there, but I can't find them!):

I hear that difficult questions were raised including the price of sensors, the supply of sensors and interaction with pharmacies.  I hope that these were addressed properly, as I struggle to get proper answers when I raise questions.

Related to this there was an announcement last week that the web shop was being reopened to new customers with immediate effect, as long as you had registered your email...and the first order would come with a free reader.  That annoyed me on two counts, firstly I asked on Tuesday when the web shop was likely to reopen.  I was told they had no idea and it had been raised at a more senior level in Abbott.  Secondly, a free reader?!  I've bought two with my own money costing just under £100...that's a lot of coffees they owe me!  So loyal paying customers are being disadvantaged...not amused - I think I'll stick with buying from Superdrug (£35 btw)!  This is the current notice on the Libre website. 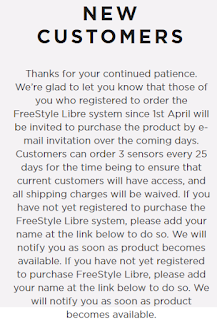 The perennial hot-topic remains of DVLA acceptance and is a further frustration.  The amendment to the guidelines has been put back until at least October - I've not seen official documentation on this, but have heard from a reliable source.  The law has been changed, but the DVLA are stalling (!) with getting their guidelines amended.  I can't possibly imagine what they're waiting for!!

So progress continues, but the battle is not yet won.  Logic will win but the wheels turn slowly.

Finally, pictures of Candy and Floss - the kittens that have recently moved to the yard where our horse is stabled.  Pictures are from yesterday when I got the macro lens out to see what I could capture -  (I'm a softy really!) 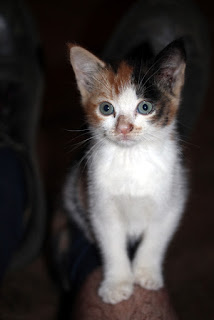 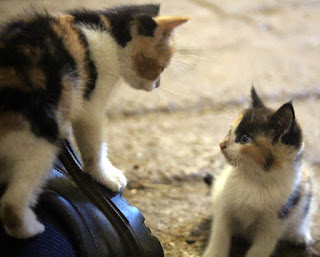 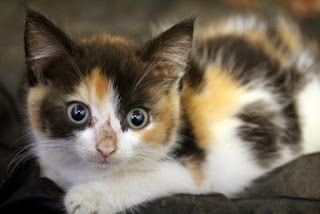